Plugging into a brighter future 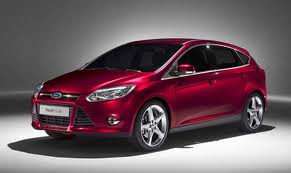 Kudos to U.S. Senator Debbie Stabenow (D – Michigan) for proposing a real incentive for purchasing plug-in electric vehicles (EVs). Instead of a $7,500 tax credit as is currently the case, the new incentive would be an actual $7,500 rebate.

This proposed legislation will make electric cars and trucks much more affordable to the average citizen. Sounds to me like a bill that helps the economy, creates technological jobs, and helps the nation move away from its crippling over-dependence on Big Oil and OPEC. I, for one am very excited about the hybrid and EV vehicles currently on the market and due out in the near future.

Unlike the radial conservatives, who so far have only proposed legislation that treats women like we are living in the Dark Ages, Senator Stabenow has proposed visionary legislation that plugs the United States into a brighter future.

This entry was posted in Alternative energy, EVs and hybrids and tagged electric cars, transportation. Bookmark the permalink.

7 Responses to Plugging into a brighter future