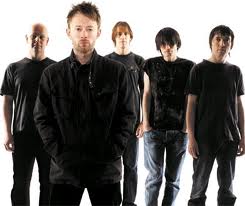 What can I say? There is no more influential band on the planet nowadays than Radiohead. The King of Limbs only solidifies their position at the top. Other bands may sell more records, but none (with the possible exception of Arcade Fire) has the musical range, influence, or experimental tenacity of Radiohead. Here’s my list of my five favorite tracks (of eight) from this gem of a new album:

Codex — one of the most beautiful, yet haunting rock songs I have ever heard. Cannot decide whether Thom Yorke is singing about the youthful fun of jumping into a lake, the organic experience of cleansing one’s self of sin, or a suicidal ode to ridding one’s self of inner demons, tragic sadness, and torment. Perhaps that’s the whole point — one should only read into these evocative lyrics what they personally want, need, or feel.

Spectator — Simple, yet complex concluding song on the new album. Love the drums, the lyrics, and especially the guitar and synthesizers in the second half the song. “And if you think this is over, then you are wrong.” Some think this is a hint that there is more music yet to come beyond the initial eight songs — I definitely hope so.

Little by Little — the steady guitar grips you and Thom Yorke’s penetrating voice mesmerizes your mind with its rhythmic tone and pitch, as the lyrics meld right into the instrumentation.  So cool.

Lotus Flower — the first single and video from “The King of Limbs.” Powerful lyrics take the stage here, as the instrumentation takes a subtle, yet vital back seat.

Give up the Ghost — another haunting song off the album, yet it also leaves one with some hopeful feelings as well.

Thank you, Radiohead, for demonstrating how a legendary band can keep creating exciting and enticing new chapters with each successive new album release (this is their eighth). Other bands please take note, this is how it is supposed to be done.

This entry was posted in art, Music, video and tagged Radiohead. Bookmark the permalink.