The northern lights flare up on solar power 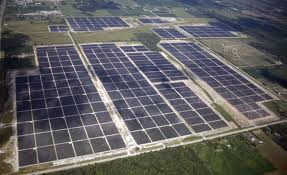 As of the end of 2010, California remained first in newly connected and total solar photovoltaic (PV) energy production in North America. But that may change in 2011, as a new kid on the block lights up the northern skies like an aurora borealis with a massive investment in solar power.

At the end of 2008, the Province of Ontario had a grand total of two (2) megawatts of solar energy production capacity. In 2010, Ontario flared right up the charts to be second in new installations at 168 megawatts, bringing its total photovoltaic (PV) capacity to 215 megawatts (or in third place overall after California and New Jersey).

Based on early estimates, Ontario may add as much as 600 megawatts of new solar energy production capacity in 2011, alone. That huge of a spike would likely move it ahead of long time frontrunner California for the annual installation leadership.  It also may put Ontario near the head of the class for total solar PV installation capacity (see list below).

The single largest PV solar power production facility in the world is located in Sarnia, Ontario, directly across the St. Clair River from Port Huron, Michigan – hint, hint to my home state, which has a paltry one megawatt of grid-connected solar PV capacity to date. If Ontario can do it, so can we.

2 Responses to The northern lights flare up on solar power