The latest in urban transportation – the velomobile

Just when you think you have seen everything in the bicycle and/or urban travel evolution, something new comes along that catches your fancy. This step in the evolutionary process has an an amazing resemblence a combination of soapbox derby racer and bicycle – the velomobile. 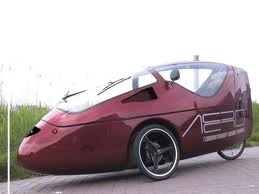 Their design is modern, sleek, and very eclectic – as a bike commuter, I want one of these in the worst way. A terrific feature is that many are designed to protect the rider from inclement weather. Granted, you still may not be able to ride it on ice in the winter, but each design step moves us closer to year-round bicycle commuting, even in the northern latitudes.

There is even a version made for two, as shown below. 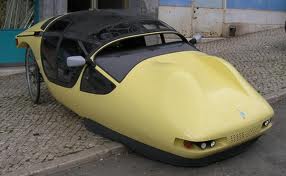 As urban planners, there is a constant challenge to keep up with the on-going urban transportation evolution. From pedestrians and horses, to horse-drawn wagons, to horse-drawn street cars, to bicycles, to interurbans, to buses, to automobiles, to motorcycles, to trucks, to subways, to light rail, to commuter rail, to Segways, to motor scooters, to electric bicycles, to cargo bicycles, to EVs (electric vehicles), and now to velomobiles.

Each mode listed above has or had its own promises and pitfalls, but part of the fun of our profession is the opportunity to adapt to ever-changing scenarios.  If newer modes of urban transportation like Segways, EVs, velomobiles, and cargo bikes can reduce our nation’s dependence on fossil fuels, lower our carbon footprint, slow global warming, increase active exercise, and reduce obesity and diabetes rates, then their benefits far outweigh the minor inconveniences to meld them into the network.

Whenever an exciting new mode of transportation comes along, it is our responsibility as planners to formulate, design, and implement ways to safely blend it into the community’s transportation network.  Velomobiles are no different, they are just the latest step in the urban transportation evolutionary process.

2 Responses to The latest in urban transportation – the velomobile