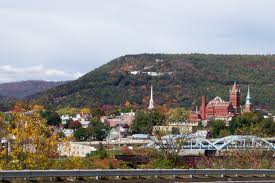 Each time I return to the western half of Maryland, where I resided in Hagerstown two decades ago, I try to plan my trip to include a visit to one of the most picturesque, historic, and unique cities in the entire United States – Cumberland, Maryland.  This particular trip was a very quick weekend adventure for a family wedding outside of Washington, DC, so I had to settle for driving through Cumberland instead of spending any time there. But, as it has always done, the scenic splendor and physical setting of Cumberland was as breathtaking as ever. Even my two sons who were riding in the car with me and only vaguely remember living in Maryland, commented on how beautiful both the city and setting were. It always warms this planner’s (and father’s) heart when they notice those kinds of things without me pointing it out.

If you have not traveled to or toured Cumberland, Maryland, you should add it to your itinerary as soon as possible. The city’s setting is literally shoe-horned between the steep and wooded ridges of Haystack and Willis Mountains on the west, Irons Mountain and Big Knob on the east, the Pennsylvania border to the north, and the winding Potomac River to the south. The scenic views are second to none in the Eastern half of the United States. Combine that with some of the most lovely church spires and steeples anywhere forming its skyline and you have a picture postcard-like location that evokes Europe. It is no wonder the city is often considered “the city of spires.”

Beyond the initial visual impression provided by mountains and church spires, Cumberland beckons you with a cavalcade of historic sites and active recreational attractions, including the Chesapeake & Ohio Canal National Historic Park, the canal towpath bike trail to Washington’s Georgetown district, and the Great Allegheny Passage Bikeway (a.k.a. the Cumberland & Pittsburgh Bike Trail).   As an avid bicyclist, one of my goals is to ride the full 330 mile length of continuous traffic-free bikeway between Pittsburgh and Washington, DC, by following the Great Allegheny Passage and the C & O Canal towpath with Cumberland as its epicenter. 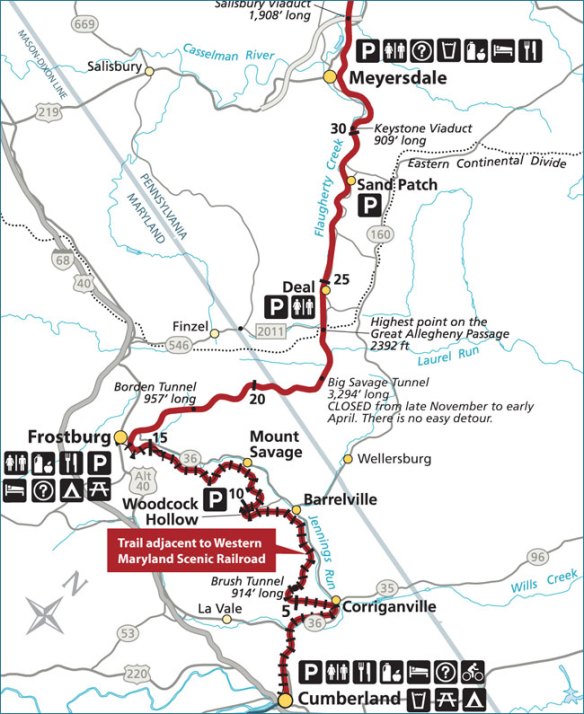 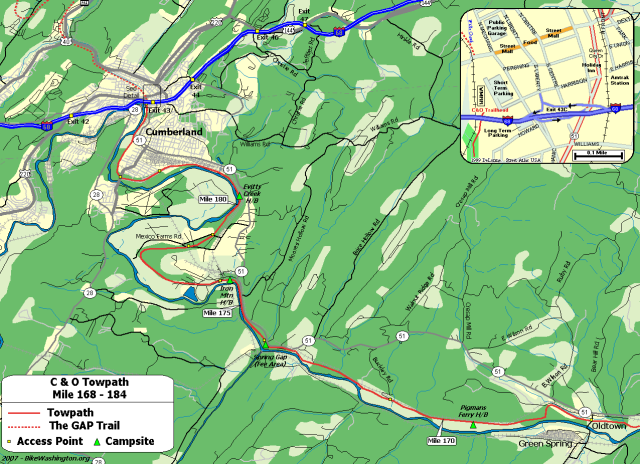 Other interesting sights include the Cumberland Narrows, Canal Place Heritage Area (map), numerous historic railroad sites and structures, an entire downtown historic district, the handsome art deco Embassy Theater (see below), as well as scenic views and vistas to behold all over the city and surrounding areas.
At the dawn of the 19th century, Cumberland was the starting point of the Cumberland (National) Road. Visible reminders of this early American highway infrastructure project which began construction some 200 years ago remain, including the awesome Casselman River Bridge (also below) located to the west of the city. 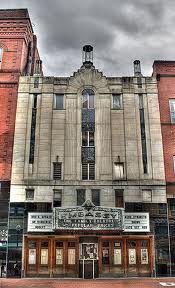 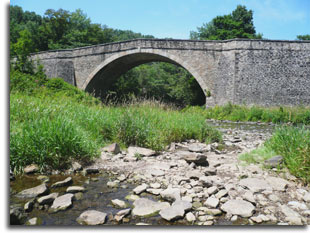 Connected by scenic Interstate 68, U.S. 40, and U.S. 220, Cumberland is easy to reach from all points. Following I-68 instead of the Pennsylvania Turnpike some 25 miles to the north is also easy on the wallet – no tolls. Enjoy a visit to Cumberland, for it is truly a special and inspiring place.

2 Responses to An inspirational city and setting – Cumberland, Maryland