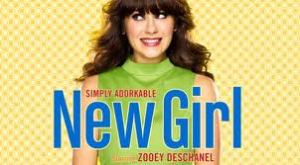 Shortly after the new television season began last fall, I indicated that I thought Two Broke Girls was the best new comedy program for the 2011-12 viewing season. While that show is laugh-out-loud funny at times, there is another new comedy that I now believe is much better written, has funny story lines, and stars an endearing, “adorkable” lead actress.

The new show I am referencing is New Girl starring Zooey Deschanel. The situation comedy is broadcast on Tuesday evenings on Fox at 9:00 p.m. Each of the primary characters is very likeable, but it is Zooey Deschanel (Jess in the show) who absolutely lights up the television screen with her charm and wit.

Perhaps this isn’t the most politically correct thing to say, but I believe Zooey Deschanel has a great chance to replace Tina Fey as America’s sweetheart. For those of you who are not aware, aside from being an accomplished actress, Ms. Deschanel is also a popular singer and songwriter who makes up one-half of the music duo She and Him.

If you have not had a chance to check out New Girl on Tuesday nights at 9:00 p.m., I highly recommend the show. It is slightly irreverent, but worth every minute. I know it has largely replaced NCIS Los Angeles on my regular viewing schedule. 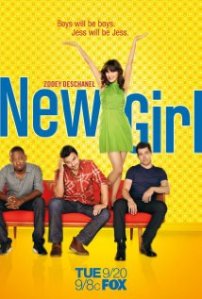