The surf’s up for a great time in Santa Cruz 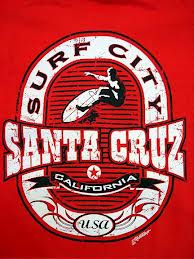 What a terrific and fun city! I spent a day seeing the sights of Santa Cruz, California and had an absolutely wonderful time. In many ways Santa Cruz reminds me of San Francisco, but on a smaller (and often more human) scale. Wedged tightly between the coastal mountains and Monterey Bay, Santa Cruz provides ample opportunities for scenic vistas, eccentric fun, surfing, and jaw-dropping beauty.

The Boardwalk Amusement Park was filled with fun seekers on the rides, in the arcades, or just gawking like me. The three of us enjoyed a game of putt-putt and the eccentric ambiance of the entire California beach scene.

The city wharf was yet another fun-filled location, which seem to abound in this charming seaside city.  Dinner at the Crow’s Nest restaurant at harbor also provided plenty of visual entertainment, including a conversation with a few brown pelicans.

As an urban planner and avid bicycle commuter, one can appreciate the dynamic cultural atmosphere that envelopes Santa Cruz. The entire city is like one gigantic third place – it oozes hip and cool vibe at every turn. Everywhere you turn, there are great planning and placemaking ideas to suggest at home. Among my favorites were: 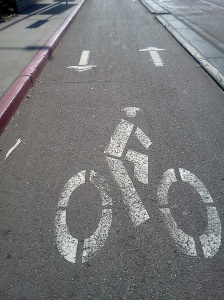 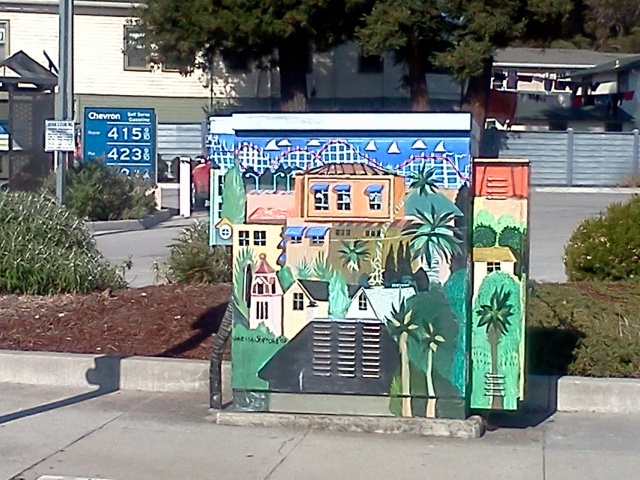 Is everything about Santa Cruz perfect? Of course not.

All told, Santa Cruz is great fun and a very welcoming city. Like most cities around the world, it has some issues to overcome. But, if you happen to be traveling to California, I highly recommend including a stop in Santa Cruz. This terrific city by the bay (Monterrey Bay that is) will charm your socks right off and leave you wanting to come back for more.