A spiraling saunter of megacity Delhi

Last night, I completed the 2009 book entitled Delhi, Adventures in a Megacity by author and journalist Sam Miller. The book literally presents a step-by-step overview of this huge metropolis, its storied past, its challenging present, and its potential for the future.

The author decides to walk (saunter) his newfound home of Delhi in a spiral fashion – emanating outward from Connaught Place in the heart of the city. He describes in great details the city’s promising aspects as well as its sad and nasty underbelly.  The trip is remarkable for the author’s tenacity, endurance, and ability to present the city in such a manner where the reader feels they are sauntering side-by-side with him. 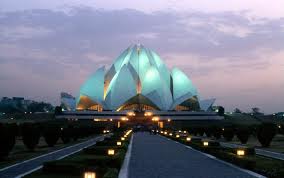 Urban planners, sociologists, geographers, architects, historians, and economists will all enjoy this read for its applicable insights into their respective fields. The general public will enjoy it for its nuances into what is now arguably the world’s largest city – 2021 projections estimate the population will be a whopping 64 million – see page 270 (more than the entire UK)!

For urban planners, there is a wealth of details on the good, bad, and ugly sides of Delhi. Here are a few tantalizing tidbits from this excellent book:

“Once upon a time cities were designed for the convenience of walkers, biped and quadruped. Legs, until relatively recently, were the main means of land transport….But until the appearance of the train and the car, legs were hegemonic in cities. Even the bicycle is leg-dependent, a mere variation on a theme. These days, however, legs are things used only by fitness freaks, the eccentric, and the poor as a means of substantive locomotion.” (page 5)

“My fellow Delhiwallahs do not seem terribly interested in their city’s past….This city lives for the present and the future – and has little time for nostalgia. It is a city of migrants and the growing city-pride of its inhabitants relate to aspirations, not its history.” (page 61)

“And Delhi is more than ever, full of people who see the West as a model for ‘progress’, who covet luxury cars and European holidays, or crave an American college education for their kids, or just simply want a reliable water and electricity supply.” (page 105)

“The Yamuna River is Delhi’s shameful, rancid secret…In Delhi, it is a struggle even get near the river, and you may regret it when you do.” (page 160)

“These milk kiosks have come to play an important role in city life. They have become an urban substitute for the village well.” (page 173)

“Being rich and wanting to be rich are ‘in’; there is a pandemic of affluenza, that phantom disease that creates an insatiable hunger for things one does not need.” (pages 208-209)

“Like many upmarket areas in Delhi, Vasant Vihar and its buildings face inwards, coiled up, as if they don’t really want to be part of the rest of the city.” (page 221)

“Like Delhi’s city planners of the 1960s and 1970s, I was able to ignore reality [playing SimCity]. they just pretended it was a middle-sized city without major infrastructure problems. (page 249)

“Then I stood up, ready to walk on towards the rubbish mountain. I looked around, and blinked, and blinked again. I was greeted by a tableau of extraordinary complexity, even by Delhi’s impressive standards. There were a hundred minor dramas being played out, in a spectacle of quite exhausting hyperactivity. It deserved the title of ‘Where’s Wally in Purgatory?’ (page 252)

“Were India’s cities becoming like anywhere else? Were all cities destined ultimately to resemble each other?” (page 281) 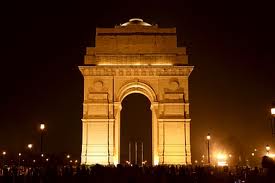 8 Responses to A spiraling saunter of megacity Delhi