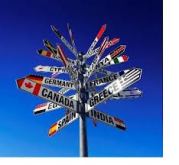 The past year has been a terrific one for panethos.wordpress.com. So, I thought I would list the top 12 posts that were published in 2012, as tabulated through a few moments ago. If anything changes substantially by the actual end of the calendar year, I will update the post accordingly.

I would also like to thank everyone who has visited the my blogsite from 158 nations around the globe in 2012. It is very much appreciated. Have a Happy New Year in 2013 and we’ll see ya’ on the net. : )

UPDATE: Didn’t mean to accidentally send multiple messages. If you received them, sorry about that.