Artistry rising above the tarmac

Beyond the acres of concrete that makes up runways, taxiways, aprons, and the tarmac, certain features of an airport can be designed in a manner which inspires. The control tower is just one of those places at a growing number of airports where form can coexist with function.

The following are a few photos of existing and planned airport control towers located around the world that are no only functional, but are amazing works of architectural design and artistry. Instead of a bland concrete cylinder, these have been constructed with grace and panache.

The first one from Alguaire, Spain (below) looks like a building that Frank Lloyd Wright would have designed for an airport.  The architectural symmetry between tower and terminal are simply outstanding.

This second one below under development in Kinshasa, Congo resembles the unfurling petals of a flower. 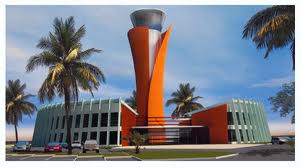 Istanbul (Gokcen), Turkey’s new control tower is a visual treat in the night sky (below).

Rising above the tarmac in the Kutaisi, Georgia is this gem of a new tower (below): 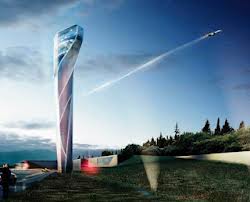 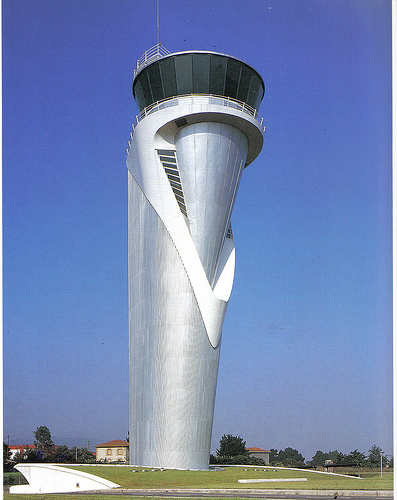 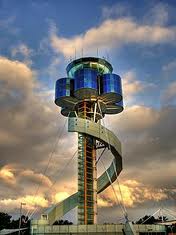 Finally, we have the Stockholm (Arlanda), Sweden control tower which its cab that resembles a series of unevenly stacked plates.

3 Responses to Artistry rising above the tarmac