How many more days must 32 die? 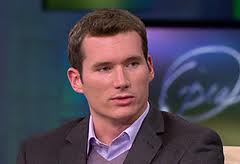 Last night I had the distinct honor to attend the Greater Lansing screening of Living For 32 and hear from its principal subject, Colin Goddard. If you don’t know who Colin Goddard is, he is one of the few survivors of the 2007 Virginia Tech massacre. The documentary’s title refers to those 32 Hokies who died on that awful April morning.  It also refers to the number of Americans killed each and every day by gun violence…and that statistic doesn’t even include those who die from accidental or self-inflicted gunshots. Include those and the number is closer to 80 Americans each and every day!

This powerful film depicts Colin’s reliving his memories of being shot four times during the massacre, his recovery efforts, the impacts on his family and friends, as well as his post-graduate efforts to curb unauthorized gun sales in America through the Brady Center to Prevent Gun Violence. The presentation was sponsored locally by Mom’s Demand Action who are seeking the adoption of common sense gun laws in the United States.

The film also sadly shows via hidden camera how ridiculously easy it is for anyone (including criminals) to  acquire a gun without a background check or proper identification at gun shows. The lack oversight and weak application of background checks at such events is a shameful blemish on this nation and its largely inept political leadership. How many more innocent people must die before reasonable action is taken to enforce background checks on all gun sales in this country, especially when 90 percent of all Americans and 80 percent of all gun owners support such restrictions!

If you have an opportunity to see Living For 32, I highly recommend it. The film may also be purchased for download via this weblink. I would also strongly recommend attending a talk by Mr. Goddard. He is very well-spoken and frames the debate in human terms. As a fellow Virginia Tech alumni, I am very proud of his concerted efforts to bring reason back to the gun debate. Heaven knows it is sorely needed.

3 Responses to How many more days must 32 die?