The spirit of the ‘transistor’ radio

One of my all-time favorite songs by Rock and Roll Hall of Fame inductees Rush is “Spirit of the Radio” from their 1980 album entitled Permanent Waves.  This great Canadian rock band captures the free spirit of radio in its heyday, but they also note the dark side of the radio industry – in many ways the lyrics could apply to television, internet, and other media which are now dominated by a blizzard of advertising. The lyrics to this modern musical masterwork are the following:

“Begin the day with a friendly voice

Plays the song that’s so elusive

And the magic music makes your morning mood

Off on your way, hit the open road

There is magic at your fingers

For the spirit ever lingers

Bright antennae bristle with the energy

All this machinery making modern music

Can still be open-hearted

One likes to believe in the freedom of music

But glittering prizes and endless compromises

Shatter the illusion of integrity, yeah

Bright antennae bristle with the energy

And echoes with the sound of salesmen

While Rush’s song is about the radio industry’s loss of innocence, transistor radios have long-held a soft spot in my heart due to the appeal of early cutting-edge technology, artistry, and the innocent days of one’s youth. This mid-20th century technological wonders were my generation’s equivalent to the iPhone, Gameboy, Palm Pilot, or Walkman. Back in the day when the World Series was still played during the day, I remember listening to the games on my pocket transistor radio during elementary school recess.

More recently, I have shepherded my enjoyment of transistor radios to collecting them, particularly handsome and artistic designs (not novelty ones) and those from my geographical roots of the Great Lakes region. During the 1950s, the Great Lakes region was the epicenter of transistor radio technological innovation, design, and production with my birth state of Indiana being at the heart of the epicenter. Sadly, this had dramatically changed by 1960 as production shifted to Japan. Here is a list of some of the better known radio manufacturers from the region:

Here are some images of my favorite pocket transistor radio designs from the Great Lakes’ Golden Age of Radios! 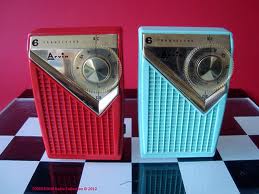 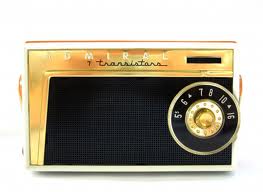 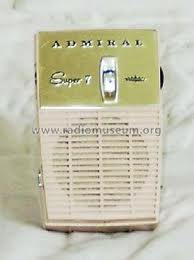 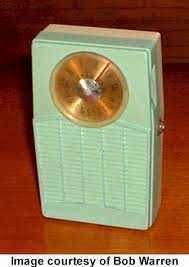 1 Response to The spirit of the ‘transistor’ radio