Posted on September 8, 2013 by problogic 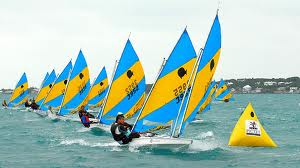 Some may debate the assertion made in the title of this blogpost, but no one can deny there isn’t great beauty and elegance in skimming the waters of a lake, bay, harbor, gulf, sea, or ocean on a sleek, aerodynamic vessel propelled solely by the wind.  As little more than a slightly advanced beginner, I am totally fascinated by the prowess of those commanding and crewing such graceful watercraft. 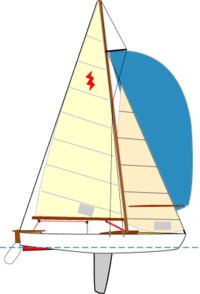 Last Sunday morning, we had the opportunity to watch approximately 25 E-Scow and Lightning sailboats compete in the season-ending regatta/race on Lake Wawasee, Indiana. Conducted and coordinated by the Wawasee Yacht Club for Sunfish on Saturday mornings and Lightning 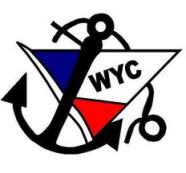 and E-Scow on Sunday mornings between Memorial Day and Labor Day weekends for approximately 75 years, each regatta/race is a delight to behold whether you are watching them depart nearby docks for the competition, observing the races themselves, or daydreaming of someday participating. Below are two photos taken while bobbing up and down on our SeaDoo during the event. Unfortunately, the photos hardly do the picturesque vision suitable justice. 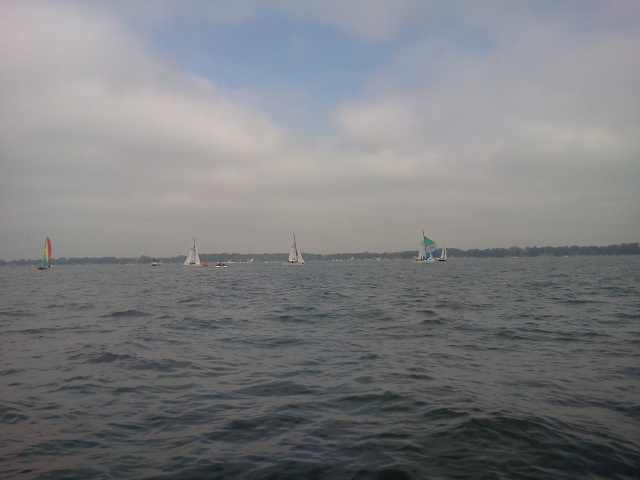 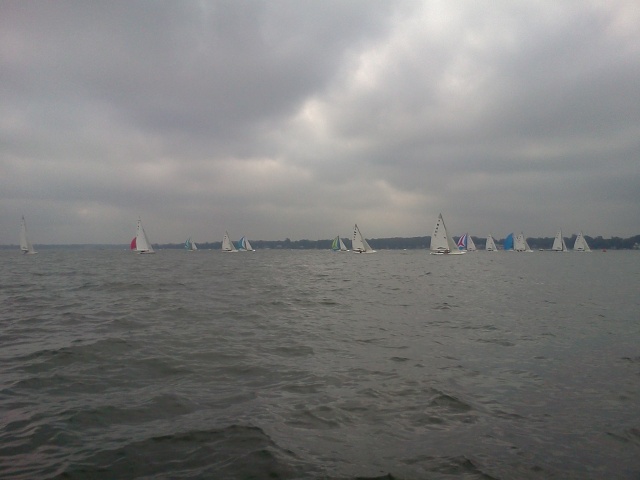 I have had the pleasure of sailing a Sunfish on Lake Wawasee, on several lakes in Northern Wisconsin, as well as on an arm of Mt. Hope Bay in Swansea, Massachusetts. While many of these trips took place a number of years ago and have been largely replaced by kayaking in more recent years, the memories from each voyage are indelibly etched in my mind.