If I had a nickel for every urban legend… 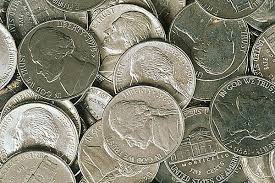 As urban planners we hear some real whoppers now and again. Beyond that, we also hear our fair share of rumors, innuendo, guesstimates, conjecture, hyperbole, and flat-out lies. But, it is the urban legends that I find most fascinating. Those myths that may include a small sliver of accurate information, which filter through the community grapevine. Sometimes they will filter over extended periods of time, while others may spread like wildfire. No matter how many times you try to dissuade or disprove them, there is yet another person repeating the myth until you just have to throw your hands in the air and laugh.

Some urban legends are light-hearted and funny, such as the local high school is slowly sinking. Others can be downright mean or vindictive. Many are political in nature while a number I have heard could be considered a form of covert NiMBYism. Start a rumor or state something wholly inaccurate and see if it sticks. I guess it depends on the objective of those starting and/or continuing the urban legend and how it was intended.

The most commonly repeated urban legend heard here, aside from the high school one noted above, has been that the community turned down a very popular Mid-Michigan organic grocery store from opening a new location here. Needless to say, the legend is inaccurate, but also contains a very small element of truth. Yes, the store considered putting a location here. That part is correct, but the store never applied for any permits from the community, as the store and the landowner could not agree on a purchase and/or lease of the property in question. Despite a number of attempts to set the record straight, the urban legend continues to persist. Oh well…

It would be interesting to hear stories from other planners about their local urban legends. Please feel free to pass them along.