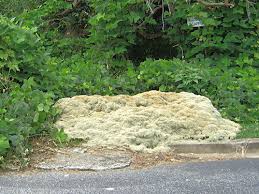 As an Environmental Planner who administers wetland regulations as part of my responsibilities, the most common problem I’ve encountered is not from the developers or original owners of new homes impacting wetlands, it is the subsequent homeowners and neighbors who are not located adjacent to the wetland. Why is this? From what I have gleaned from my years in the field, the developers generally know the regulations and most now try to design projects around the wetlands. Th can also sell lots adjacent to wetlands for higher prices. The original homeowners usually buy their home to enjoy the adjoining naturel feature and are largely better versed in the complexities of the regulations.

As a result, fallen leaves, grass clippings, and yard waste often end up being dumped into the wetland, portions of the wetland get mowed or landscaped, or accessory structures like sheds and playhouses are constructed/placed within the wetland.  Sure, education campaigns have been employed, but those are only successful over a finite period of time while they occur. Newcomers are arriving all the time, so education must be nearly constant to achieve some level of success.

Punitive measures can and in certain malicious cases have been used. These certainly grab the offender’s attention, but whether that action translates into anything more than giving more ammunition to those who believe big brother is too busy oppressing the populace is a matter of debate. “I pay your salary,” is a common refrain heard.

Recently, some discussion has taken place whether free yard waste disposal should be considered to alleviate a portion of the illegal dumping problem. My thoughts are that this would be exactly the WRONG thing to do. Why, you may ask?

To me, offering free yard waste disposal rewards the bad behavior of those who are not following the law or their civic duty. It also places another financial burden on the community, at a time when budgets are tight, costs are rising, and precious funds could be going to other critical issues. While environmentalists, including myself may consider wetland protection a critical issue, it is unlikely to ever reach the threshold of police and fire protection in the general public’s mind. Wetlands have many benefits to humans including filtering pollution, as well as storage of storm and floodwaters, but those are difficult concepts to articulate to the average person compare to public safety issues.

Furthermore, if people are so lazy that they cannot rake and bag up their leaves/yard waste to take them to the proper disposal location for a reasonable $3 per bag fee, then most will also not take the necessary time to do it if it was offered for free.  Lastly, one should not have to pay residents to take pride in their community. That should come intrinsically. As should asking questions before starting a project.

Granted, there will always be those who will act before asking, no matter how hard you try to prevent it. Hopefully, on-going education campaigns and constant reminders via brochure, email, website, and other means will limit those unfortunate situations as much as possible. Another method to consider is direct meetings with realtors and homeowner associations.

Perhaps I am wrong here and I am being an old stick in the mud (bad pun when speaking of wetlands), but civic responsibility requires action and effort on everybody’s part, not just a few. Let’s all start acting that way.