I am probably going to date myself yet again with this post, but to this urban planner, one of the most memorable images of the American highway system in the 1960s and 70s was the motel or motor court.

Often one-story with ground floor room access directly from your car or two stories with exterior walkway, these lodging facilities dotted major roadways near the gateway to cities and towns prior to the completion of nearby interstate highways. The opening of a new freeway often meant the gradual decline of these motels unless they were in a particularly fortuitous location close to an exit. 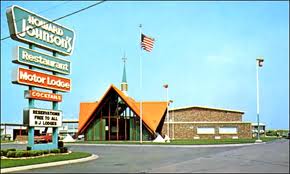 My personal favorite motel chain of this era was Howard Johnson’s with its iconic orange roof and its pseudo-gawdy orange and turquoise room decor. Hojo’s were favored by us because my younger brother and I loved eating at the adjacent restaurant – grilled cheese and milkshakes for all, please! 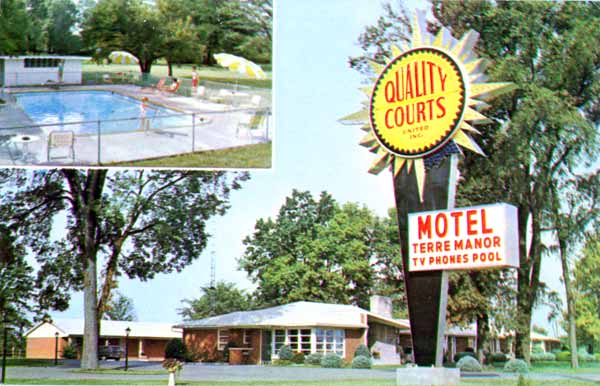 Other similar motels included Quality Courts and Best Western, both of whom made a successful transition into the Interstate Highway era; Superior Motor Courts, Alamo Plaza Courts, Imperial 400, and a litany of independent operators.

Those motels that were bypassed by a new freeway often declined into ragged no-tell motels, were converted into low-rent apartments, or were sold off and demolished. Sadly, many of these motoring landmarks are long gone, as are their kitschy mid-century architecture and those wonderful “‘vegas-esque” signs greeting weary travelers along Route 66, Dixie Highway, US 40 and other byways. Planner may not be fond of brightly lit and flashing signs today, but many of the early motel-era signs are quite charming. Those remaining are well worth preserving as part of your community’s historic preservation efforts. 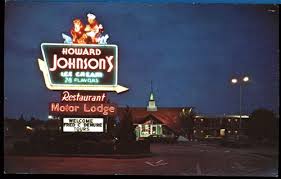 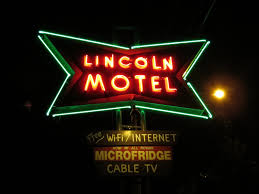 Overall, it was a great era to be a kid whose family motored across the country and stayed at motels and motor courts. Where is a weblink to Urban Ghosts where they have some great photographs of abandoned motels and motor courts. Here’s a fantastic song (one of my favorites) from The Rolling Stones which captures just a touch of the spirit derived from our nation’s motel era, entitled Memory Motel. Enjoy!