I have asked myself at times whether in some places around the globe we humans are simply exchanging horizontal land sprawl with a tall (or sky) sprawl? Don’t get me wrong, I love to admire an impressive skyline just as much as the next person. But, there is a point where enough is enough — where we have traded one land use malady (horizontal land sprawl) for another (tall or sky sprawl). Where the benefits of increased density are being diminished by the loss of scenic views; by unacceptable bird mortality rates; by ugly aesthetics; or by uneven, haphazard, and/or overweighted distribution of the urban form. Here are a few examples for consideration.

Lost scenic viewsheds: Hong Kong has long had one of my favorite skylines, but a recent addition seems to detract (rather than enhance) the natural backdrop of lovely Victoria Peak. Furthermore, the enormous International Commerce Center (or Union Square) on the right side of the picture is completely out of scale and balance with the rest of the skyline. It is surprising that this tower was built in such a manner, given the strong application of feng shui principles into Chinese building design and location elements.

Likewise, viewing the city from the top of Victoria Peak in the second photograph below, it won’t be long until the stunning view of Victoria Harbour from the mountain could be nearly obliterated by a sea of skyscrapers. This again seems contrary to the principles of feng shui. 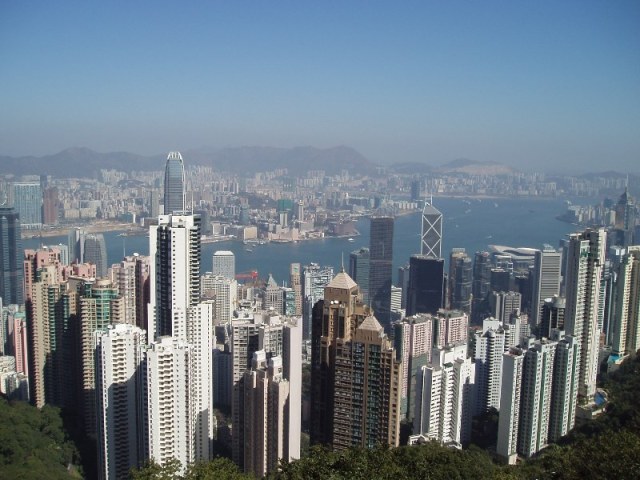 Poor-balance: The Renaissance Center in Detroit (below) is off-center from the heart of downtown when observed and photographed from most angles. As a result, it counterbalances and overpowers the skyline and detracts from its overall appearance. If it had been more fully blended/incorporated into the existing cityscape, then perhaps its impact would be less harsh and less detrimental to the overall view. 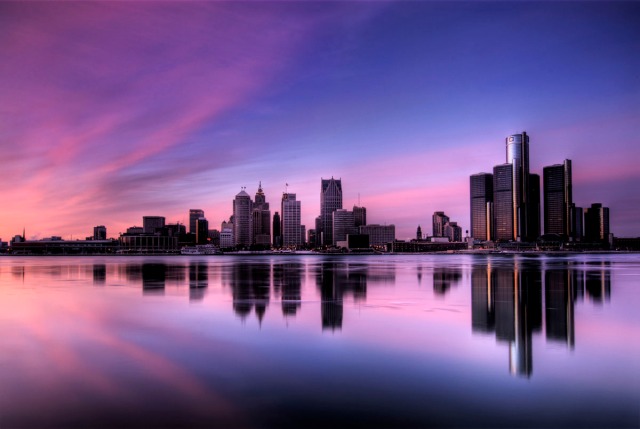 Bird collisions: Toronto’s impressive and growing skyline is considered particularly deadly to migrating song birds. Whether this is solely a function of them flying northbound overnight across open water and then being attracted or confused by the gleaming lights is unclear. It is estimated by the Fatal Light Awareness Program (FLAP) that an astounding between one and nine million birds die each year from collisions with buildings just in Toronto. Fortunately, through conservation and advocacy efforts by groups like FLAP, the city is working to mitigate the problem with new/revised design guide lines.

Single monstrosity: Perhaps someday soon, other skyscrapers will join the Beetham Tower in Manchester, England, but frankly it looks completely out-of-place and out of context with the scale of the rest of this famous industrial city.

Double trouble: There is no doubt that Dubai has an impressive skyline. The problem is that it fails to condense the heart of the city into a tightly knit and compact urban form. Instead, each skyscraper tries to outdo its predecessors. This leaves a city that displays an urban form that contains both horizontal and vertical sprawl utilizing skyscrapers.

In the end, the appropriateness of a particular skyline depends on its own visual, spatial, social, and natural context. What may be right in Los Angeles may not be appropriate in San Diego; what may be well-suited to Miami, may look ridiculous in New Orleans; or what may be a perfect fit in London, could be considered a terrible eyesore in Paris. It’s up to the architects, engineers, designers, and planners of the world to fashion a suitable and aesthetically appropriate blueprint that utilizes the guiding principles (goals and objectives) of the greater community where they are working, while attempting to keep the ego factor in check.