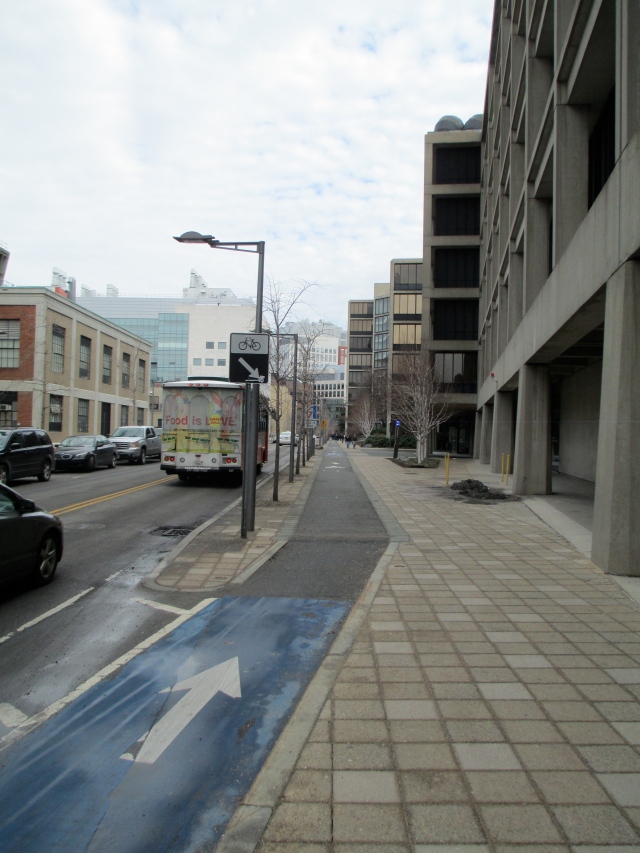 During our Boston St. Patrick’s Day weekend, we wandered around parts of Cambridge and MIT’s campus.  One of the places we chanced upon after our bike sharing tour along the Charles River was Vassar Street. This approximate two-mile long urban thoroughfare has a very special feature, beyond the fact that it passes alongside Fran Gehry’s Strata Center — a protected bike lane on either side of the street.

What I found particularly likeable about the Vassar Street bike lanes are the two-dimensional separation from motor vehicles – horizontal and vertical. As you enter the protected bike lane, the cyclist is shielded from passing traffic by both the concrete curb island and fact that the bike lane rises to sidewalk level. It vaguely resembles a highway entrance or exit ramp.

While being parallel with the adjacent sidewalk could foreseeably create some conflicts with pedestrians, my guess is that would be a more likely scenario for visitors and newcomers than established residents and riders. The City of Cambridge addresses this concern by employing linear strip of gray concrete pavers to separate out the inner and outer edges of the bike lane from the adjacent square beige concrete pavers of the sidewalk. In addition, the bike lanes are constructed of asphalt which distinguishes them from the sidewalk and plenty of sidewalk width is afforded to pedestrians. 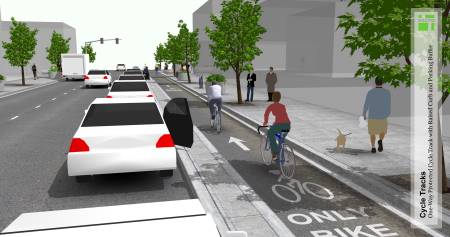 Where the bikes lanes initiate, cross entrance drives and streets, or conclude, the bike lane is painted blue with a directional arrow and cycling symbol. The city even has instructions for motorists and cyclists on a website (see above rendition). 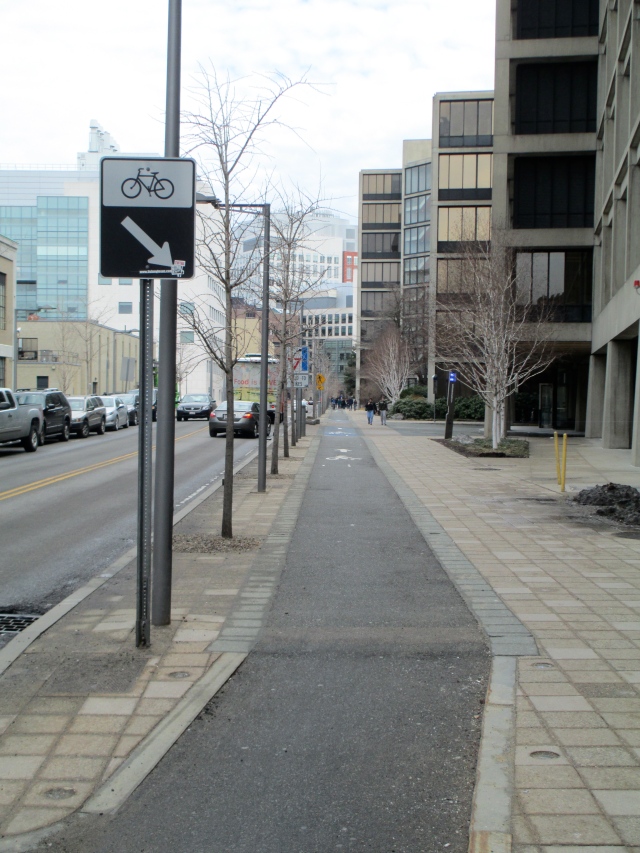 My congratulations to the City of Cambridge, Massachusetts for setting a fine example of how to successfully and safely fuse multiple transportation forms into create a truly “complete” Vassar Street. 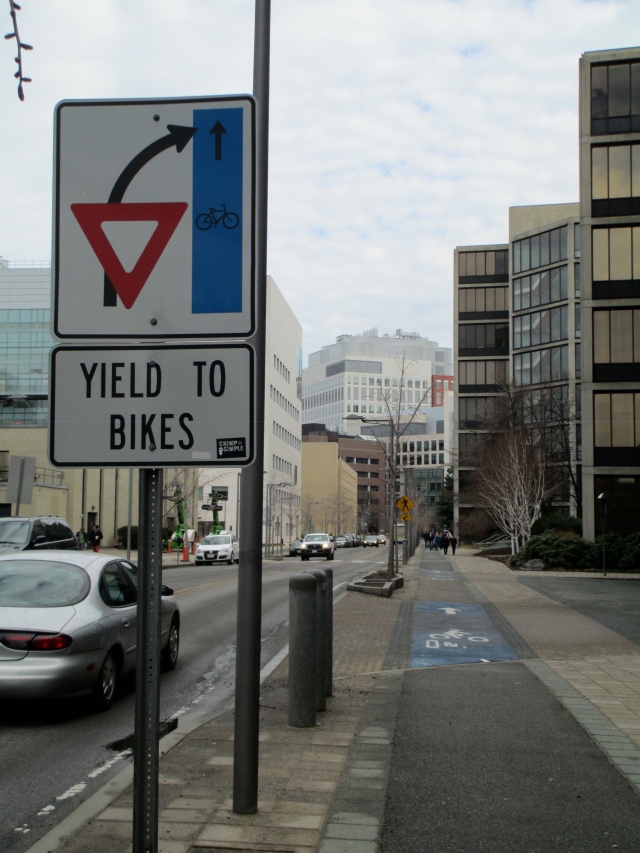