Review of “American Chinatown, A People’s History of Five Neighborhoods”

In American Chinatown, author Bonnie Tsui has written a compelling and reflective historical account of five Chinatowns in the United States. But, what truly brings this text to life are the lives and experiences of those residents who she interviews during her travels to/thru San Francisco, New York City, Los Angeles, Honolulu, and Las Vegas. While some of the commentary may come across as redundant, it does speak to the hopes, dreams, and first impressions of those who come to America, as well as the necessity to establish ethnic enclaves initially for safety and comfort while adjusting to a new country and later for preserving those cherished aspects of their heritage and own homeland culture.

I found the accounts of how Chinatown residents in Los Angeles were employed in the movies during Hollywood’s heydays to be both interesting and rather disquieting. In addition, as an urban planner by profession, the rise of the suburban Chinatown model in Las Vegas (and now in Orlando and other cities too) to be quite informative, especially as Greater Lansing has been annually celebrating the Chinese New Year at a local mall for the past few years. 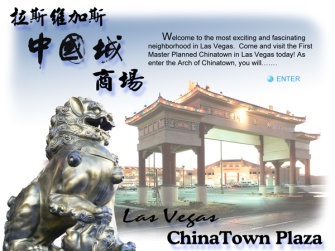 If you are interested in history, culture, city planning, geography, diversity, socio-economics, demographics, and many other fields, American Chinatown is a read you will certainly enjoy and appreciate. This book is loaded with interesting and sometimes disturbing reflections on American society and how it treats new arrivals and the less fortunate.

Here are few gems from Ms. Tsui’s book to whet your appetite:

“In a republic that was constantly renewing itself with new immigrant pools, xenophobia moved rapid-fire from one group to the next.” (page 8)

“On my first visit to the City by the Bay’s famous Chinatown, I was reminded of Disney World.” (page 15)

“And it is hard to understand the history of the Chinese in America without recognizing the depth of anti-Chinese virulence they faced from the beginning.” (page 25)

“…the new immigrants are the ones who are sustaining Chinatown, and we want to improve life for them, but if there isn’t a continuing influx of the less affluent, then the Chinatown itself becomes merely ornamental.” (page 29)

“In many Chinatowns across the United States, youth exodus is the norm. The things that many visitors find unpleasant about Chinatown – it’s crowded feel, dirty streets – are the same factors that spur residents to leave once they can afford to. Despite its splashy outward façade as a popular tourist destination, San Francisco’s Chinatown is a place where, internally, most residents skirt the poverty line.” (page 33)

“Part of what appeals to Americans about Chinatown is the promise of exotic within a few blocks of home…Pass through Chinatown Gate, and there’s a world apart to taste – you can listen to a foreign language, try to barter for a trinket on the street, or visit a historic temple without ever leaving the country.” (page 47)

“Honolulu was the first place I remember feeling at home as a Chinese American, within and without Chinatown.” (page 155)

“The way a Chinatown looks has always been important to how outsiders perceive it.” (page 185)

“It makes sense that the American Chinatown is moving in this direction, and that Las Vegas is the chosen land of this enterprise. The mall was born in America. So was suburban sprawl….It’s only logical that ethnoburbs would follow, as different people look for new centers to congregate around.” (page 205)

“…perhaps the biggest surprise was finding out that racial prejudice made itself known here [Las Vegas] just as intensely as it did in every other Chinatown in the history of America.” (page 208)

p.s.  Here’s a weblink to an excellent 2014 companion article by author Bonnie Tsui that appeared in the New York Times entitled “Chinatown Revisited.”