CITIES WITH THAT ‘sinking’ FEELING 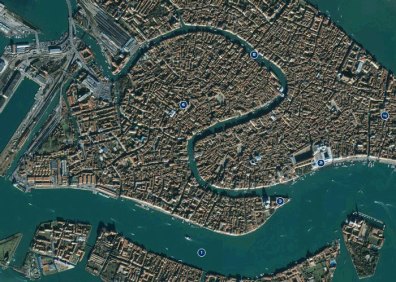 We all have heard about the perils posed to urban areas by rising sea levels, but less often discussed (until recently) are the potential disasters awaiting those cities that are literally sinking under the weight of themselves. The proper term for what is happening is called “subsidence” and combine the two – rising seas and sinking land – and you have a recipe for catastrophe. The risks are substantial enough that mega-insurer Lloyd’s of London addressed the topic in its Summer 2014 edition of Market Magazine.

The subsidence is partially due to many of these cities being building on what can only be termed as squishy ground. But a major cause is also the extraction of groundwater and/or as in the case of the Los Angeles area, the extraction of oil and gas cause the ground surface to sink/subside. The following paragraph identifies how dramatic the subsidence has become – inches per year versus inches per century!

“Previous articles in this series have focused on rising seas, which are climbing as the warming atmosphere causes water to expand and polar ice to melt. Ocean levels have increased an average of 8 inches globally in the past century, according to the United Nations-backed Intergovernmental Panel on Climate Change. But in many places – from metro Houston, Texas, and cities on the U.S. East Coast to the megacities of Southeast Asia – the impact of subsidence, due mainly to groundwater extraction, has been greater. Manila is sinking at a rate of around 3.5 inches a year. Ho Chi Minh City, Vietnam, is subsiding 3 inches a year, and Bangkok around an inch.” (Reuters)

Here’s a brief list of those major urban areas being affected. It is not meant to be comprehensive, but does clearly depict the problem is occurring on a worldwide scale. Any known additions to the list are most welcome, but you could realistically include nearly any coastal city that draws its water resources from underground.

For urban planners, sinking cities may be a watershed moment (bad pun). Our profession, along with the engineering and health care communities must find solutions and fast to this accelerating problem. Band aid approaches will only delay the inevitable. In many urban areas; the funding, building, operating, and maintaining water and sewage treatment systems is imperative given the surface water resources that are being wasted as open sewers. But even that will take years to complete in the burgeoning mega cities on the list.

Emergency plans are critical given the potential threat, but they must be considered a back-up to the necessary long-term solutions. Environmental restoration of coastal wetlands and river deltas would go a long way towards patching back together Mother Nature’s pollution filtering network. Far too often, we humans see our designs as the only viable solution when the Earth was equipped all along – we were just too pompous and arrogant to admit it.

Lastly, prohibiting groundwater and oil/gas extraction in and near urbanized coastlines seems like a no-brainer. Prohibiting fracking and deep-well injection in such areas would be an appropriate step in the right direction too.

No matter the solution(s), they will not be cheap and they will not be easy. Above all, they will take political will and above all, political courage. Unlike recent history, it is hoped such positive attributes will be on the upsurge among politicians during this time of urban subsidence. Otherwise, mythical Atlantis may not be alone at the bottom of the ocean.

1 Response to CITIES WITH THAT ‘sinking’ FEELING