Back in 2011, panethos.com highlighted the early stages of a boom taking place in Midtown Detroit. While so much of the national media was solely focused on the bad news coming from the Motor City, it completely missed the bright spots arising in this great, great city. Well, four years later and Midtown Detroit has become “THE” place to be.

Aside from the new construction projects, there are many exciting renovation/rehabilitation efforts, adaptive reuse of stellar historic buildings into mixed uses, trendy shopping and dining options, alternative/active transportation improvements, as well as hip art and cultural programs underway. Here are just a few examples of what’s taking place there. 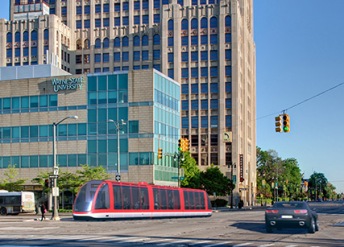