A capital city without a country 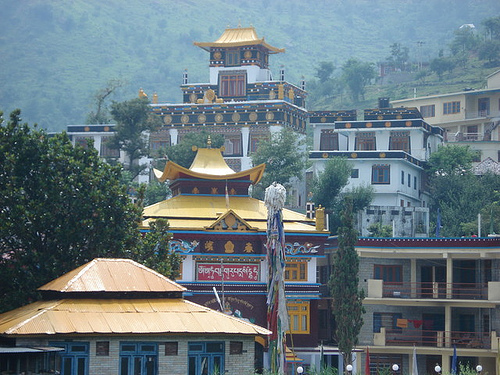 Depending on your definition and/or the resource(s) you cite, there are between 193 and 200 countries on Earth, each with its own capital city. There are also many individual states, provinces, and territories that contain capital cities. But to this blogger’s knowledge, there is just one capital city that exists entirely outside of its nation’s own geographical boundaries. For nearly six decades, the Tibetan government under His Holiness, the 14th Dalai Lama, has been residing and conducting its national affairs in exile in and around the city of Dharamsala, India. 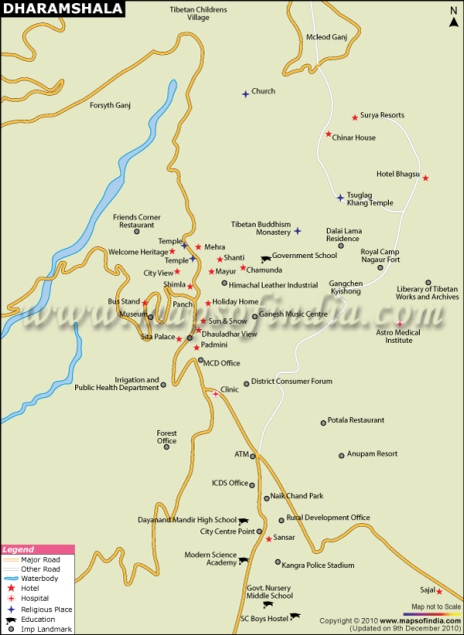 This scenic community which clings to the steep and wooded foothills of the mighty Himalaya Mountains, has been the epicenter of the ongoing struggle to regain independence and autonomy for the citizens of Tibet. The Dharamsala region also serves as the primary repository of treasured Tibetan arts, religious artifacts, and culture, much of which was lost or destroyed during the 1950 invasion and subsequent occupation, revolt, and particularly during Mao’s Cultural Revolution between 1966 and 1977.  In addition, the Dalai Lama’s residence is located in the suburb of McLeod Ganj. 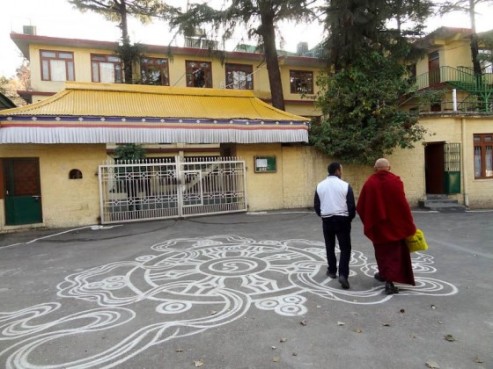 Needless to say, the enormous generosity of India cannot be understated, as they have provided this safe haven for the exiled Tibetan government to reside and operate. Aptly ironic is the fact that the city name of Dharamsala translates into “sanctuary.”  The people and government of India deserve many thanks and much gratitude for their kind hospitality. 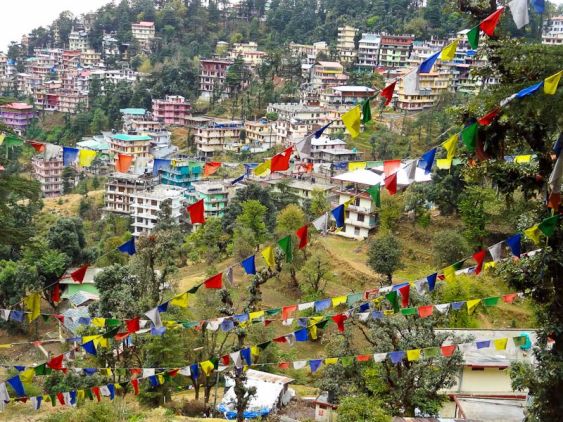 Due to the significant Tibetan exile population living and working in the Dharamsala region, the area is often referred to “Little Lhasa.” Needless to say, the greater Dharamsala region cannot replace the real city of Lhasa in the hearts and minds of those in exile.  Until they do return home, the city and its surrounding environs have become the closest thing to Tibet outside of Tibet itself. For this urban planner, Dharamsala, as well as Lhasa itself, are among those cities included on a personal worldwide travel bucket list.

For the foreseeable future, Dharamsala will continue to shine in the bright light and presence of His Holiness, the 14th Dalai Lama. Meanwhile, it is my sincerest hope and prayer that bold, amicable, and innovative solutions can be achieved someday soon, which would gradually conclude the city’s present status as capital of the Tibetan government in exile; allow exiled Tibetans to safely return to their homeland and their loved ones; and allow the city of Lhasa to re-establish its rightful place as the pre-eminent center of Tibetan arts, culture, religion, and administration.  Please, may it be so and Happy Losar (Tibetan New Year). Namaste. 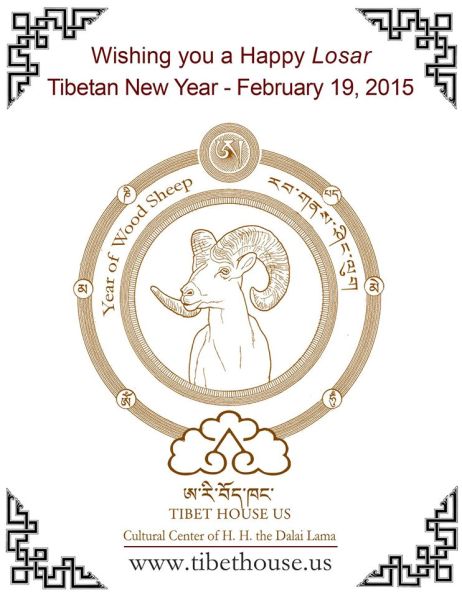