“On The Road” observations from the King of the Beats

While reading the classic Jack Kerouac autobiographical novel, On The Road, I was struck by his interesting reflections about the various urban and natural landscapes he observed.  These were made while he was zooming back and forth across the nation’s mostly two-lane byways in the later 1940s, often with his friend Neal Cassady. 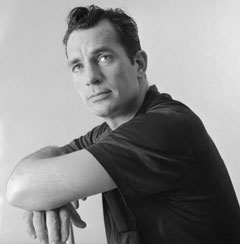 As the de-facto King of the Beat Generation, Jack Kerouac packs a lot of raw power and emotion into his writing, which sometimes is classified as spontaneous prose. His writing, much like his frenetic lifestyle, often took place in the fast lane, with no (or little) hesitation. Here are some examples of his observations gleaned from the book. By the way, anyone like me, who has ever daydreamed about places unvisited will immediately relate to the second quote below. Enjoy!

Source: On The Road