Getting a kick out of golf = Footgolf 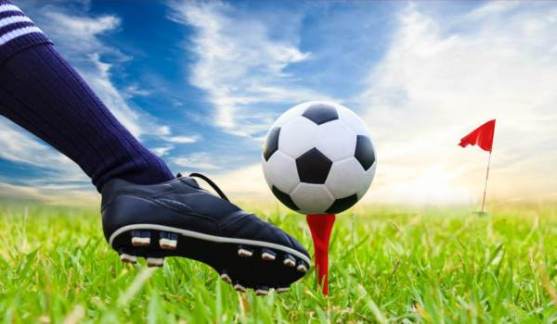 Yesterday afternoon, my wife, middle son, and I tried our first attempt at the hot new sport of footgolf. Yes, you read that correctly, footgolf. Essentially, the marriage of soccer and golf, footgolf has become increasing popular in parts of the United States.

Played on the same course as golf, but with different tee and greens, footgolf is a blast to play and great way to get some exercise and fresh air without having to lumber around a bag of clubs for less cost than typically green fees. Footgolf also has proven to be an economical and practical way for golf courses to remain financially viable in an era when less young people appear to be taking up the sport of golf itself.

The first footgolf course in the world opening in the Netherlands in 2008. There are 27 nations, including the United States, who are currently members of the Federation of International FootGolf.  The American FootGolf League is the sanctioning body in the United States.

Below are the number of golf courses in each state offering footgolf as an option according to the American FootGolf League (AFGL). As is evident by the list, footgolf is particularly popular in the Great Lakes Region and along the Pacific Coast, but at least one course is available in nearly every state (North Dakota and Rhode Island being exceptions). It will be interesting to see when courses specifically designed for footgolf start appearing.

2 Responses to Getting a kick out of golf = Footgolf