“The D” in our destiny is Detroit

“The Spirit of Detroit” – Source: flickr.com

In graduate school nearly 30 years ago, one of the courses I took at Virginia Tech was Urban Economic Geography. In this class, the primary textbook was entitled, Detroit: Race and Uneven Development. Even though I was born and raised in the Midwest, this book opened my eyes to the many struggles facing the Motor City, well before its bankruptcy. What I didn’t realize at the time was how much Detroit would come to mean to both me and my family in the future.

In January of 1991, we traveled from our home in Hagerstown, Maryland, through a raging Lake Erie induced snowstorm, to see the North American International Auto Show in Detroit. At the time, my former brother-in-law and his family lived in Romeo, about 30 miles north of the city center. Attending this event was the first time I had ever been in downtown Detroit and we were duly impressed by the crowds and the show. Granted, other aspects of the city needed help, but the show was impressive.

Just a little over a year later, we would be calling ourselves Michiganders too, and remain so today. For the next three years, my work as a planning consultant provided me/us with a myriad of opportunities to experience the City of Detroit and its suburbs. Some of these left very positive impressions, while others reminiscent of the criticisms articulated in book I had read in graduate school – racial disparities, social and economic injustice, crime, sprawl, bad planning decisions, etc., etc. Now and then, one would seem glimmers of hope, but far too often they were being overshadowed by inflated egos, bad attitudes, pure animosity, and bigotry.

As the years went past we remained within The D’s economic and geographic zones of influence, as my three sons competed against teams from the Detroit Metro area. Two of them later attended/graduated from U of M, the third from MSU. We cheered for the Red Wings, the Tigers, the Pistons, and the Lions, and occasionally attended events in the city such as the auto show, concerts, sporting events, etc. Every time I was downtown or midtown, my urban planning and history geek eyes would be amazed by the astounding architecture that remained in the city. In addition, the rich tapestry of the city’s cultural fabric was always inspiring. 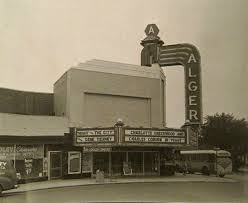 What really cemented Detroit’s destiny in our lives was when I remarried in 2014 to a lovely lady who was born and spent her entire childhood on the eastside of the city, off East Warren Drive near the historic Alger Theater (which is being renovated). She and her extended family have many stories to tell of growing up in The D – some were happy and joyous. Others, were sad and quite scary. But, each time I travel back to Detroit, I feel like it has become a second home, partially due to the experiences my family had in and about the region, but even more so now that I have experienced the city through my wife’s eyes. Is everything perfect…of course not. But at the same time, to say The D is dying or dead is a flat-out misstatement. Detroit contains more creative spunk than any other city in the Midwest, with the “possible” exception of Chicago and tons more than many cities across the country.

Today, our bonds to The D have grown even tighter as two of my sons work in the heart of the city. As Detroit has become a magnet for technology jobs, both of them are among thousands employed there.  They are experiencing a completely different Detroit than either my wife did in her youth, or than I did in the 1990s and 2000s. What they are being privileged to observe and experience is the total rebirth of a very proud city that has withstood wave after wave of bad ideas, bad planning, bad leadership, bad oversight, bad media, bad business decisions, and bad attitudes that occurred both inside and outside its limits. And best of all, they are an active part of this rebirth. 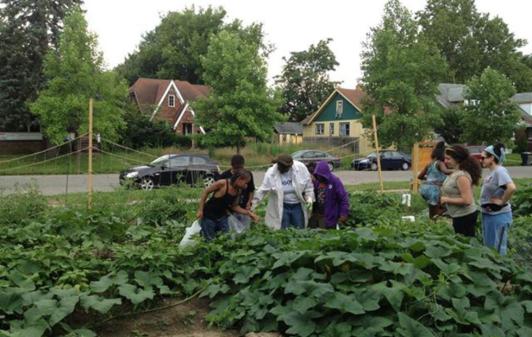 Lesser cities would have surrendered to the negative forces imposed on Detroit and would have all but withered away. But Detroit is different. It has indomitable spirit that cannot be shaken. A spirit that manifests itself in its residents and their families and friends. I have sensed this spirit ever since I arrived in Michigan in 1992. And despite all the negatives, tried and true Detroiters dearly love this city and want to see it rebound to as close to or beyond its former glory. That says something folks.

Scoff if you wish. Laugh if you must. But let me tell you this: Detroit will surprise all of the naysayers and make them believers too. Why, you may ask? Because as Americans, we love an underdog…and in this case, its name is Detroit.

2 Responses to “The D” in our destiny is Detroit