We had the honor and thrill of riding the entire length of the South Shore Line round trip between South Bend (Airport Station) and Chicago (Millennium Station) and back over Mother’s Day weekend. Sometimes dubbed as America’s last Interurban, the South Shore Line is an iconic electric railway (opened in 1903) that most cities would drool over having in their midst. It is excellence in regional transportation planning and connectivity personified as 3.5 million passenger ride the SSL annually. 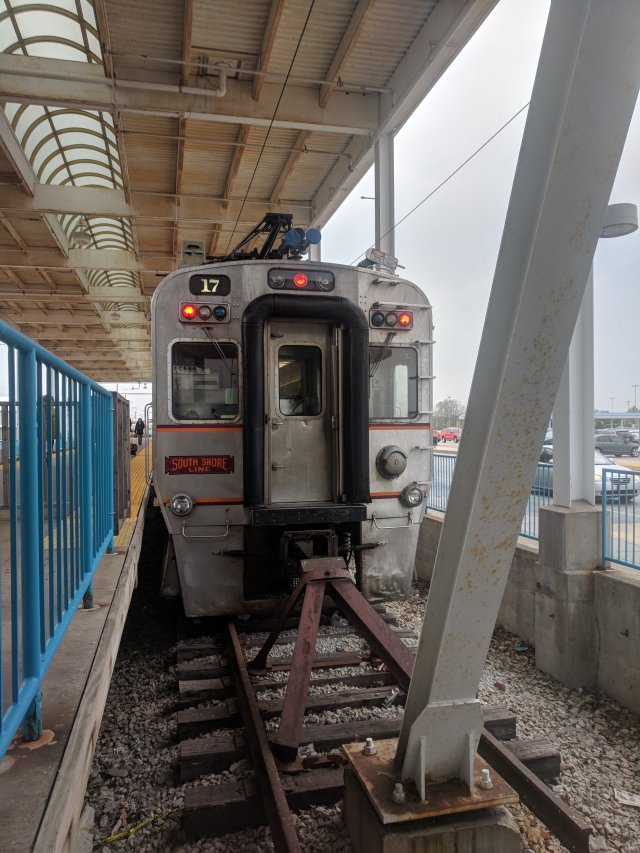 Both trips were full, as numerous Cubs and White Sox fans joined us Saturday morning on their way to the crosstown rivalry game, while weekend revelers, shoppers, and those visiting their mothers rode back to South Bend on Sunday morning. Both trips arrived within 10 minutes of their scheduled times – quite different from the trips I have taken on Amtrak into and out of the Windy City. It sure helps that they own their own tracks versus having to share them. 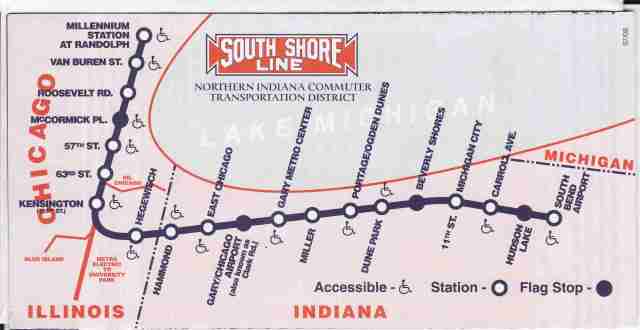 The train cars are sleek, clean, comfortable, and well-maintained. At $13.50 per person each way from end-to-end, the trip a fabulous deal considering valet parking for just one night in downtown Chicago is $59 (fyi – most hotels don’t offer self parking). Aside from that, the ride is largely stress-free and you can read, use you smartphone, nap, or just look outside enjoy the scenery. One also gets the opportunity observe some of our Rust Belt cities from a whole different and quite discouraging perspective – the disparities of the glossy, towering condominiums of the Loop and South Loop compared with the desperate poverty and decay in Gary and parts of South Chicago are as stark to the visitor’s eye as they are real to those enduring the daily struggle to survive in what is supposed by be the richest nation on Earth.

Indiana doesn’t typically jump to the top of most people’s list when it comes to excellence in transit nor intercity rail travel, but the South Shore Line is simply top notch! It makes this born-Hoosier rail fan quite proud. I am even more proud to note that the South Shore Line is doing so well, that a second line (West Lake Corridor) is currently under development to link Chicago with the fast-growing Lake County suburbs south of Hammond, including Munster, Dyer, and possible limited service to St. John. It is hoped this line will be operational by 2022.

Another development under consideration is whether to move the eastern terminus of the line from South Bend International Airport to downtown South Bend. I can see arguments in favor of both options, but I’ve got to note that the parking convenience and intermodal options at the airport are a big plus! On the other hand, if bringing the line to downtown can build commuter rail traffic and usage into the heart of South Bend and lead to revitalization opportunities there, then who knows?. Either way, Northwest Indiana has a real gem in the South Shore Line and should take every opportunity to take advantage of this iconic railroad. Well done!

Want to learn more about the last interurban railway? Here’s a visual link to a book available through Amazon* about the South Shore Line.

*A small commission is earned from purchases that are made using this link to Amazon.