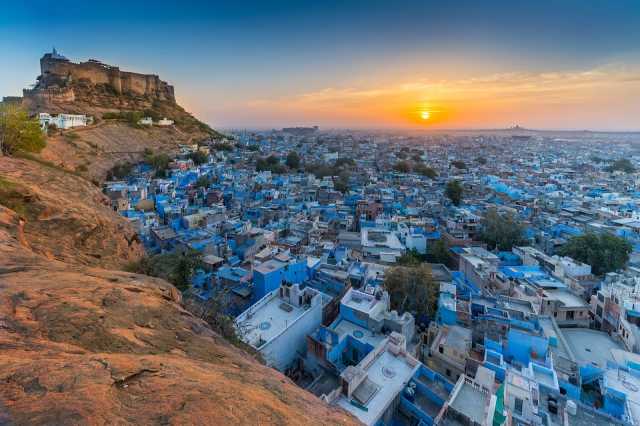 Five cities in India are famous for their mesmerizing colorful images. Depending on the city, natural and/or human-made forces helped create their artistic and elegant appearance upon Earth’s canvas. These lovely cities are presented in alphabetical order. All of them are gorgeous examples of how cities themselves can become an art form instead of being merely being thought of as utilitarian and mechanical.

While many places do not have the authority to dictate a city’s visual appearance, these five beautiful locations show that with a common custom and/or coordinated effort, a spectacular appearance can be achieved that is both awe-inspiring and even practical as one will not under the description of Jodhpur.

Creating and maintaining pride of place is a significant factor in building a community image and identity both to this who live their year-round and in attracting visitors and newcomers, alike. The five colorful cities of India that are presented below successfully demonstrate the power of local pride through a unified common visual appearance.

Founded in 1727 and designated an UNESCO World Heritage Site in 2019, Jaipur is famous for its gorgeous pink appearance. This tradition began in 1876 when the city was ordered to be painted pink during the rule of Sawai Ram Singh I, to welcome H.R.H. Albert Edward, Prince of Wales (who later became King Edward VII and Emperor of India). Since then, this tradition has been followed as the city has grown and expanded. 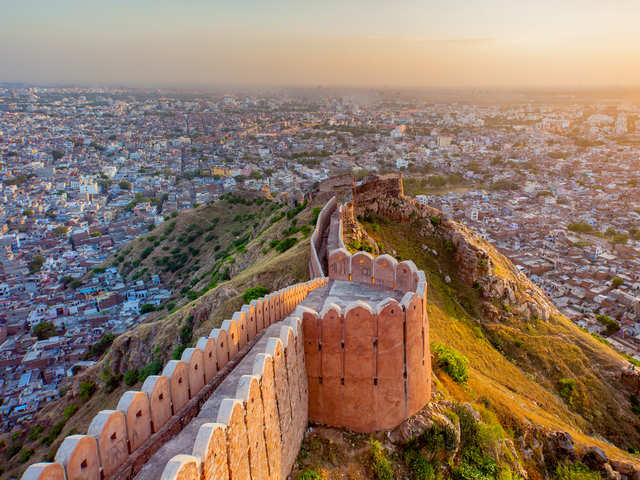 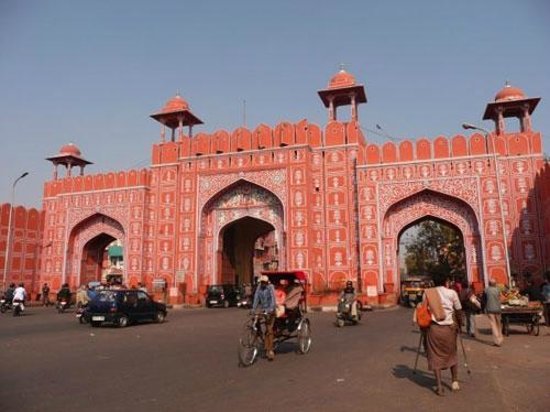 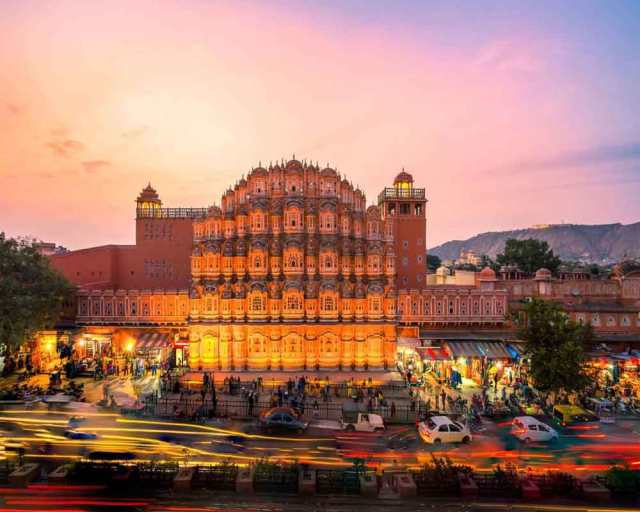 Yellow sandstone utilized to construct the city and it location on the edge of the Great Indian Desert lend themselves to Jaisalmer being named “The Golden City.” 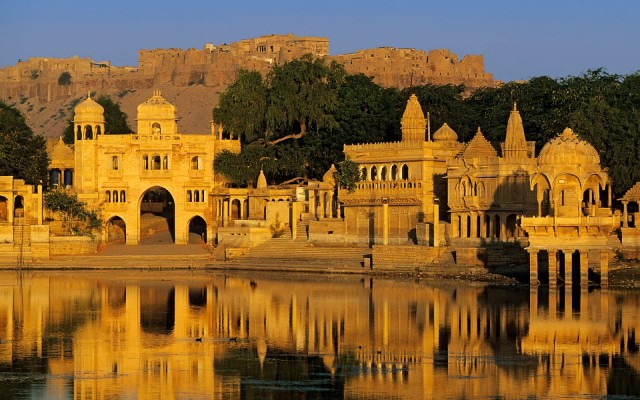 Coloring residential neighborhoods and other buildings in blue within Jodhpur is a trend started by the Brahmins and gives Jodhpur it famous and most distinctive cultural feature. Set against the earthen brown backdrops of Mehrangarh Fort and the Thar Desert, the varied indigo hues vividly stand out. Interestingly, the rich spectrum of blue colors are thought to have a practical aspect, too – as a natural insect repellant. 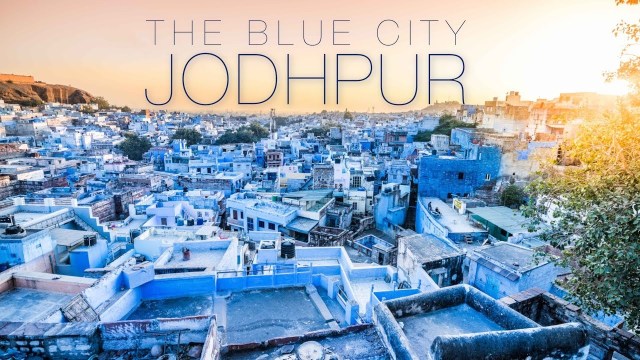 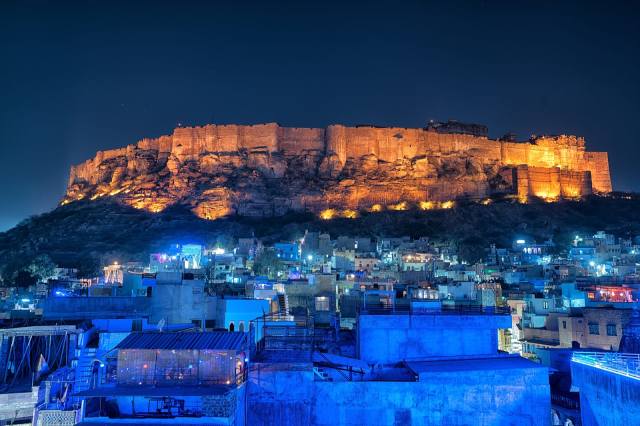 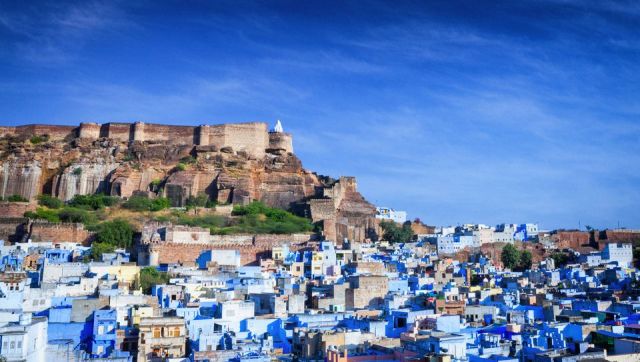 Crowned as “The Evergreen City” of India by Mahatma Gandhi, Thiruvanthanpuram rests upon seven lushly wooded hills aside the Arabian Sea, near the southernmost tip of the Indian Peninsula. Both the green landscapes and multitude city parks lent themselves to the city’s famous nickname. Thiruvanthanpuram is both a popular tourist destination along the sea and a driving technological center in India. 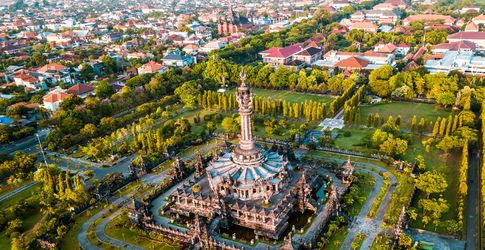 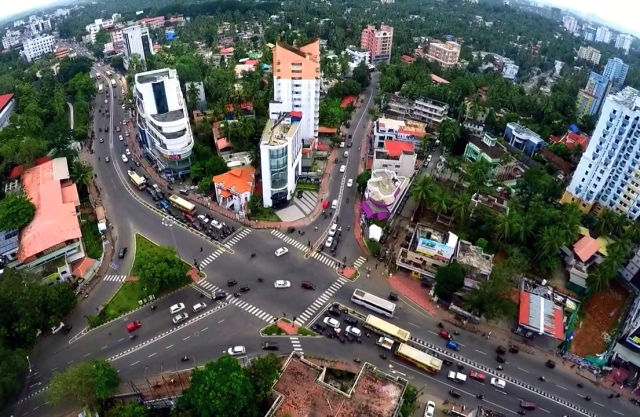 Stunning marble architecture set aside and series of shimmering blue lakes gives Udaipur its nickname of “The White City.” It’s other nicknames of “Venice of the East” and “City of Lakes” are also well-deserved and appropriate. A series of palaces, museums, and galleries lend to Udaipur’s jewel-like elegance. 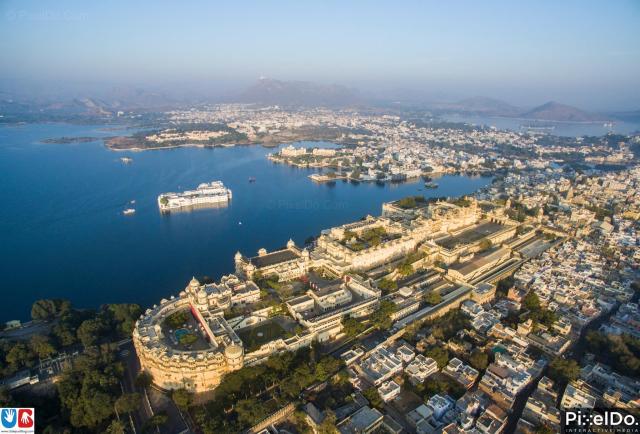 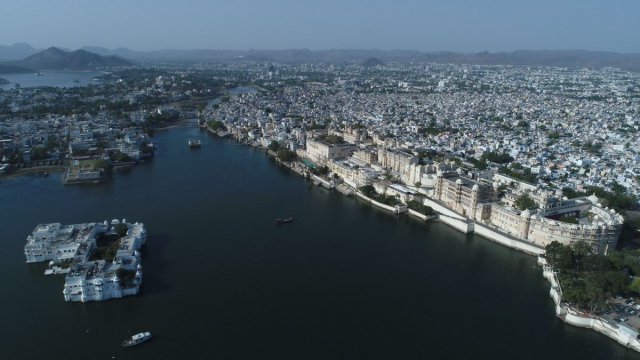 Here in the United States, both individual property rights and zoning laws can hinder/limit the ability to create a consistent visual expression, architectural style, or building materials in urban settings. However, certain coordinated developments, pre-planned communities, and university campuses can achieve such continuity. One could argue that Greenbelt, Maryland; Greenhills, Ohio; and Greendale, Wisconsin are smaller-scaled cousins of Thiruvanthanpuram. Even Seattle with its nickname of Emerald City located in the Evergreen State take on aspects of an “Evergreen City” status.

A newly planned national capital like Canberra, Australia (founded 1913) has similarities to Udaipur (founded 1558), as both have lakeside settings and backdrops of green hills. And though they depict a variety of rich and pastel colors, the seaside communities dotting the Cinque Terre coastline of Italy have many of the same visual attributes found in both Jaipur and Jodhpur.

With communities in the Rust Belt, Appalachia, the Great Plains, the Maritime Provinces, and elsewhere suffering from longer term economic malaise and/or population loss, one of the most important factors in re-invigorating communities becomes rebuilding a sense of pride in those living there and to upgrade their brand/image to the outside world. Though utilizing colorful hues to brighten a community’s outward appearance might be considered simply gloss, outside-the-box options should also be considered as part of a coordinated program, especially when previous and/or traditional methods have failed.

If India fascinates you too, here are a couple 0f book options to consider from Amazon.com.*