An inclined elevator is an elevator that generally operates on a diagonal slope (or inclination) versus moving vertically straight up and down. **While inclined elevators are very similar to funiculars, they differ in the fact that an inclined elevator uses a hydraulic or cable pulley system with a winch or non-car counterweight. Funiculars on the otherhand, use a cable connection between the two (2) cars to counterbalance each other during operation.**

Here’s the list of the longest inclined ‘urban’ transport elevator routes. Please note that some of them on this list still use the term “funicular” in their name even though they are technically “inclined elevators.” This is noted whenever possible in italics. 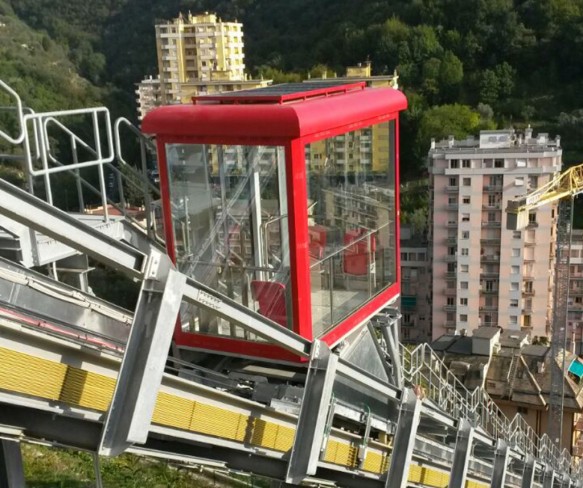 Additional information, when known is provided including the elevation gain and the degree of inclination. Instead of separating segments of each elevator listed below, its entire length is listed whether portions are diagonal, horizontal, or vertical. However, if the segments are physically separated and require riders to transfer between segments, then those are categorized separately.

Those inclined elevators situated in rural areas, located on private properties and/or are for limited/personal use, and those used for a purpose other than urban transportation such as ski lifts are not included on this list. As always, any additional, corrections, or suggestions are most welcome. Cheers!

1. Olympic Stadium Tower – Montreal, QC, Canada = 873 feet in length and approximately 540 feet in elevation change at a 45 degree inclination – passes through a tunnel at the base (1976)

7. Château Gütsch/Gütschwald Inclined Elevator – Lucerne, Switzerland = 577 feet in length and 269 feet of elevation change at a grade of 27.9 inclination (2015)

33. Bärenpark Inclined Elevator – Berne, Switzerland = 151 feet in length and 66 feet in elevation change (2015) – passes through the bear enclosure in the park 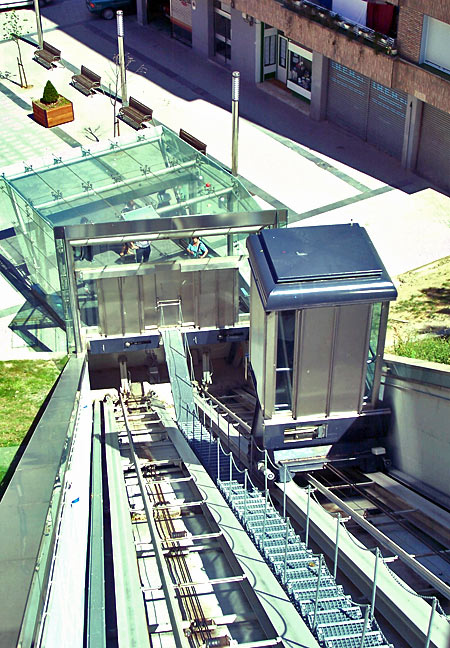