American “Atomgrads” of the Cold War era…and beyond

Back on May 6th and May 8th respectively, posts were published on the “Atomgrads” of the Soviet Union. One pertained to the nuclear weapon “Atomgrads,” while the other discussed nuclear energy ones. This post will list the four (4) known “Atomgrads” of America’s Cold War era.  These “Atomgrads  (Atomic Cities)” were newly planned and designed to provide housing and community services first for the construction workers and later for the scientists and their families that would live there.

As the photos in this blogpost will clearly show, remote, often mountainous locations were preferred, partially to limit unauthorized access, but also to provide an extra level of topographic protection for nearby civilian communities in case of atomic mishaps. As is now clearly known, the mountains near Mercury, Nevada did little to limit the fallout from the atmospheric nuclear tests, as they directed the radiation into unintended areas, as well as intensified the effects of the atomic radiation through upslope rainfall and snowfall, which later flowed into the farming valleys below. 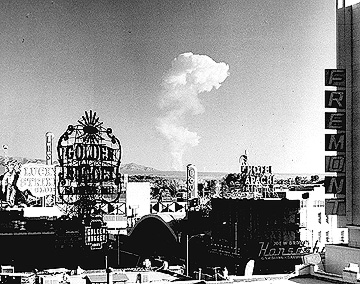 Mushroom cloud rising to the NW of Las Vegas in the 1950s – Source: atomicheritage.org/location/nevada-test-site

A recent 2017 study by the University of Arizona indicates that as many as 690,000 Americans have died over the years due to radiation-related illnesses and diseases resulting from the atmospheric nuclear tests that took place in Nevada. The report notes the following alarming data (emphasis added):

“The cumulative number of excess deaths attributable to these tests is comparable to the bombings of Hiroshima and Nagasaki.” 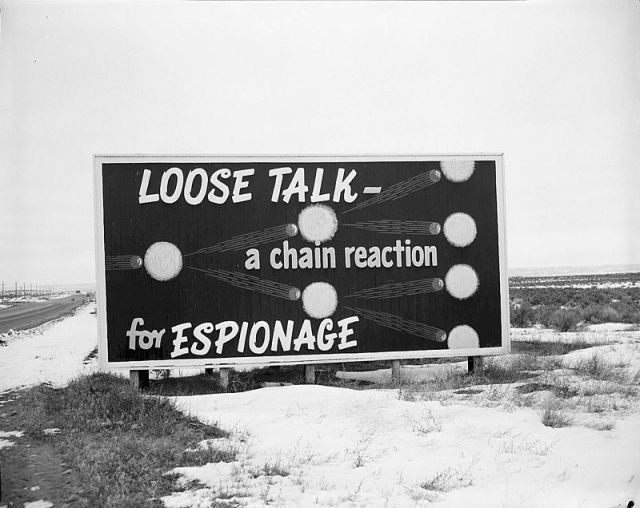 In addition to these disturbing impacts of America’s atmospheric testing, the atomic/nuclear facilities at all four (4) locations have unfortunate legacies regarding occupational and environmental health that arose from research, testing, and production that took place there.

Below are brief summaries about the history of each of these four (4) communities. 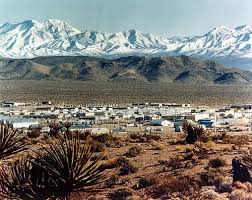 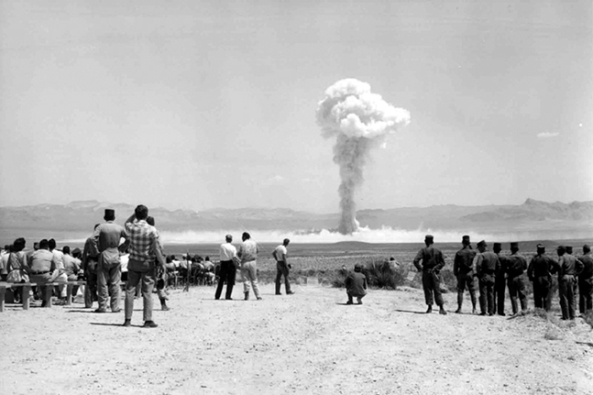 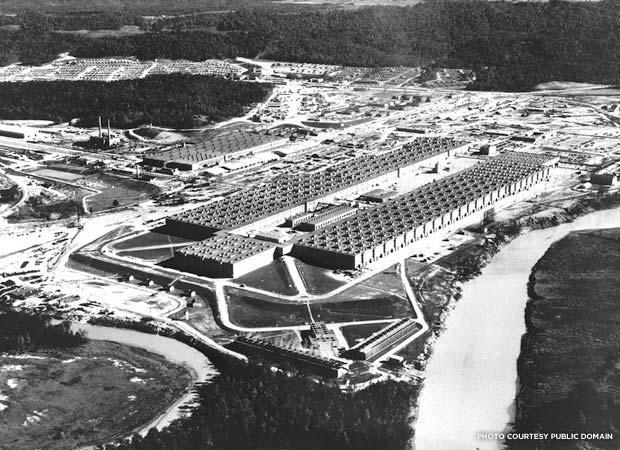 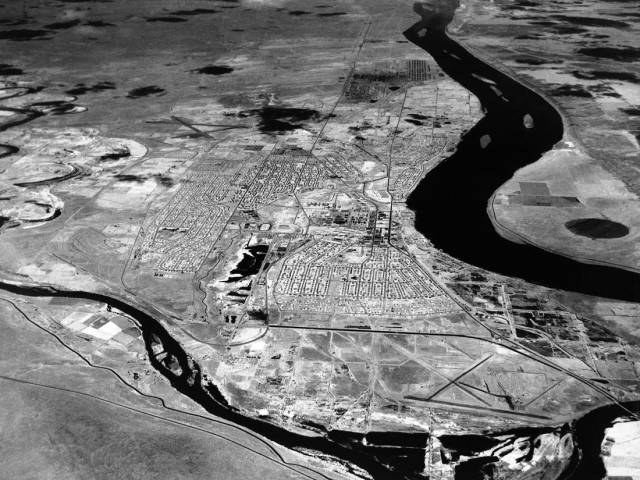 Aerial view of Richland in the 1950s – Source: businessinsider.com 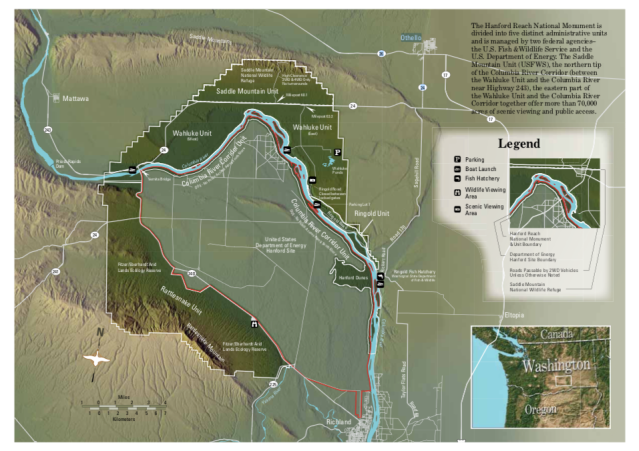