Though not as well known or as common as the lunch counter sit-ins that protested segregated dining, beach wade-ins were another peaceful tactic used to demonstrate the rampant amount of bigotry and racism that existing during the Jim Crow era in the United States. In the case of beaches, while most of the wade-ins listed below took place in the South, many beaches (both public and private) throughout the country were shamefully off-limit to African-American citizens.

The chronological list below identifies the known wade-ins that took place, their geographical location, and background information on the protest and its organizers.  As always, any additions, corrections, or revisions are most appreciated. Peace!

May 9, 1945, in Miami, Florida – Haulover Beach wade-in on Virginia Key by seven protesters.

September-October 1955, in Sarasota, Florida – by Newtown residents led by Neil Humphrey Sr. at Lido Key Beach. Wade-in included 100 protesters on October 3, 1955. A historic marker is located at the site (see photo below). 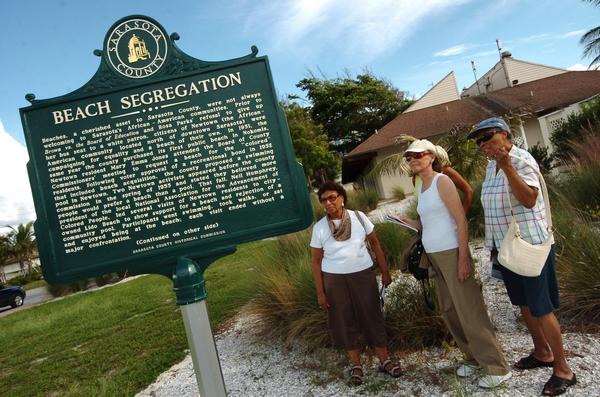 November 1955, in St. Petersburg, Florida – several African-American residents were denied access to Spa Beach and Pool. The Supreme Court ruled against the city in 1957, but it wasn’t until 1959 before the facility was opened to all races.

May 14, 1959, in Biloxi, Mississippi – first wade-in, initiated by Dr. Gilbert Mason with his family and friends. At least two historic markers in the city relate information on these wade-ins (see photo below) 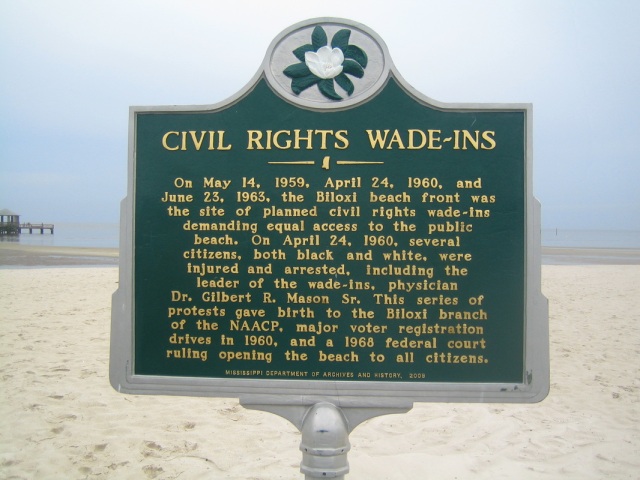 April 24, 1960, in Biloxi, Mississippi – second wade-in was led by Dr. Gilbert Mason with 125 protesters. Sadly, this event is more commonly known as the “Bloody Wade-in” or “Bloody Sunday” due to the attacks on the protestors by white opponents to desegregation (see photo below).

August 18, 1960, in Savannah, Georgia – by 27 African-Americans at Savannah Beach on Tybee Island.

August 28, 1960, in Chicago Illinois – by a group of 32 protesters led by Velma Murphy Hill at Rainbow Beach. These protests continued during the summer of 1960 and into 1961. A historic marker is situated at the site. 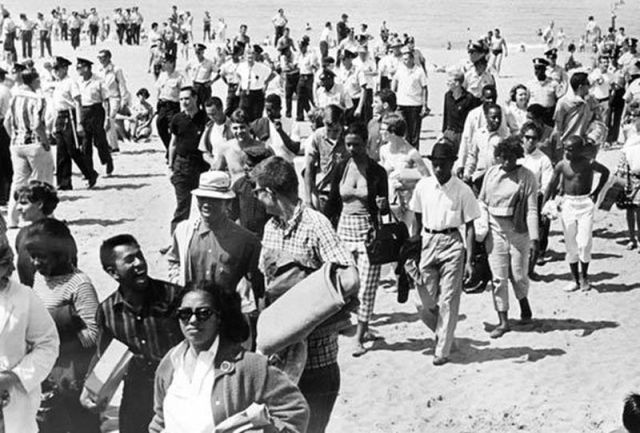 July 23, 1961, in Fort Lauderdale, Florida – second wade-in, also led by Eula Johnson. Several more were held that same summer until the city filed a lawsuit against Johnson on August 12, 1961. The federal judge sided with Johnson on July 11, 1962 (see historic marker photo above).

June 23, 1963, in Biloxi, Mississippi – third wade-in led by Dr. Gilbert Mason. Sixty-five protesters were arrested for trespassing on a public beach. Success was not achieved in Biloxi until a court decision in 1967. In 1968 the beaches were opened to all races for the first time (see photo below). 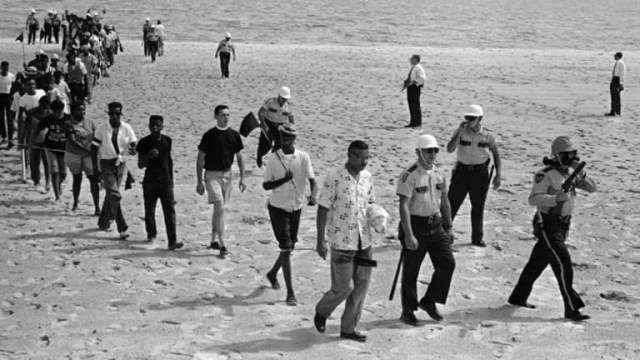 July 1964, in St. Augustine, Florida – attempts to integrate the beaches on Anastasia Island as part of the “St. Augustine Movement.” 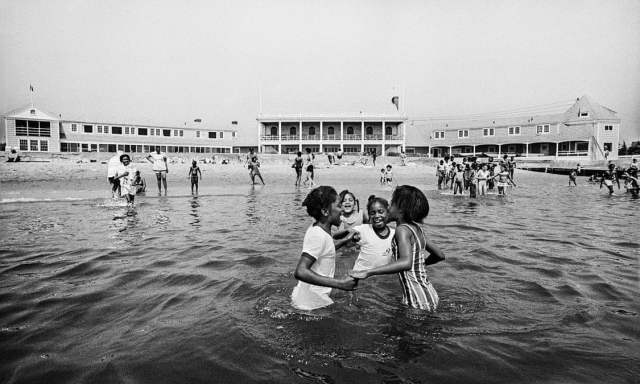